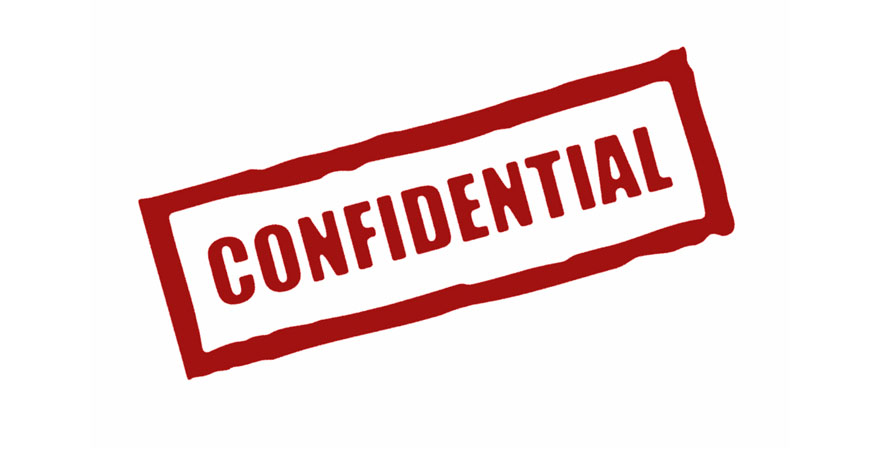 Oy, the paperwork, the legalese, the “CYA” that’s now REQUIRED when running a transcription service…or any type of service, it seems.  It’s truly never-ending, and we spend hours upon hours reviewing agreements of all kinds with major institutions while they perform risk assessments of ATC’s downtown Boston office space.  Our founder, owner, and president Sandy’s favorite is showing off his circa 1940s Brownie box camera that sits perched on a high shelf in his office impersonating part of our state-of-the-art video security system.  He was thrilled the day one of the younger risk assessment people actually thought it WAS part of the security system.  What’s the reason for all of this, you may ask? It’s the “confidentiality conundrum” that truly isn’t a conundrum…a confidentiality agreement is a no-brainer.  So…does a confidentiality agreement automatically guarantee confidentiality?

It’s no wonder that interviewers and interviewees alike want guarantees that the content they’re discussing in their interview or focus group will remain CONFIDENTIAL.  We believe there should be guarantees, and we talk about them every day with clients.  So forms are sent and read and signed, and then we wait…and wait…for legal departments to approve paperwork.  Trust us, we do understand the importance of all of this, we truly do.  Maybe ATC learned this the hard way after 40+ years in business WITHOUT AN ISSUE.  Our integrity speaks for itself in the industry, because we wouldn’t have lasted for over 47 years if we hadn’t been doing something right.  Yes, there was a time when Sandy started this business (in 1966) that people understood verbal agreements, and a firm handshake.  Not so much anymore, it seems.
We always thought it was common sense to know what you transcribed at the office stayed at the office.  Clearly it was not as obvious as we thought, thanks to the onset of social media and what one individual called “an extension of my brain”—their “private” Twitter feed.
So here’s a quick story…  The director woke up one fine sunny day to find an employee had posted about something on their private Twitter feed and on their blog.  The Twitter post was “private” to the 100 people who were allowed to see those posts, including the director (their boss), while the blog was open for anyone to see. Now thankfully, the post was nothing about national security and didn’t contain any sensitive information.  In the blog post, the employee said, “Here’s an example of the types of things I work on at the office, and that I find interesting,” with a link to the client’s website.  The client called in before we could call them, asked why someone was writing about their business, and asked that we take it down.  We spoke with the employee immediately and had them remove the posts.  Then we had difficult decisions to make about the individual’s employment at ATC.  We ultimately decided that we had to terminate this person because they breached their confidentiality agreement and put the company’s integrity at risk.  It was a challenging decision, but it was the right decision for the company.

That was a number of years ago now.  What did we learn going forward?  Everyone who now works at ATC has to read, agree to, and sign a plethora of documents, including our confidentiality agreement, before they start working as a transcriptionist or on the production staff.  This agreement basically states what happens at the office stays at the office and CANNOT be shared anywhere.  Not verbally, not with Mom and Dad, a partner, a BFF; not on a blog, Facebook, Twitter, etc…  In this instance, someone crossed a line, and we resolved it in roughly 20 minutes.  We remind people in our interview process and then again in our training sessions once hired, about the critical importance of confidentiality for our clientele.  Every year, as part of our standard operating procedures, every member of our team must read, review, agree to, and sign the agreement again.  We call it the refresher course to remind everyone of the importance and seriousness of NOT TALKING outside of the ATC office.
Thankfully, being proactive, addressing the issue with the client, and continuously discussing the importance of understanding and following through on these agreements has helped us to continue our partnerships with existing clientele while allowing us to venture into new and exciting projects that have helped ATC continue its business growth.
We think those of us that use the internet on a daily basis—minus maybe the former head of the CIA and possibly the director’s 7-, 10-, and 13-year-olds—know that anything put up online is no longer confidential, no matter what we may want to believe.  It always has the potential of biting us at some point if we’re not careful…or even if we’re very careful.